English edition of: Ou Ning's Bishan Commune: How To Start Your Own Utopia 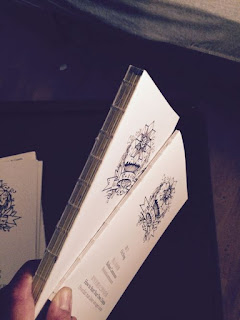 This is the first time Bishan Commune: How to Start Your Own Utopia, a notebook by the Chinese activist, editor, and curator Ou Ning, has been published in English. The notebook is a graphic montage piece, where comments, thoughts and short accounts from Ou Ning’s travels to Bishan are intertwined with drawings, clippings, color-coded text, handwritten notes, pictures and quotes.

The publication consists of two books: the first volume contains a facsimile of Ou Ning’s original notebook in full color; the second volume is a translation of the notebook from the Chinese by Mai Corlin and Austin Woerner also including an interview with Ou Ning not previously published in English as well as Ou Ning’s 2012 text “Autonomy: Utopia or Realpolitik,” which lays out Ou Ning’s understanding of ongoing anarchist practices in a totalitarian, capitalist reality.

Ou Ning was born in rural Guangdong province in 1969. His practice covers a wide range of projects straddling the fields of art and politics. As a filmmaker, he directed the documentary Meishi Street (2006) concerning local acts of resistance against the demolition of an area in a central part of Beijing in relation to the 2008 Olympics. As curator he has headed the 2009 Shenzhen & Hong Kong Bi-city Biennale of Urbanism\Architecture, and from 2011 to 2013 he was chief editor of the literary bi-monthly Chutzpah!, a magazine that has dealt in-depth with issues such as agrarian communities in East Asia, revolution, queer literature and George Bataille. And these are just a few of Ou Ning’s undertakings.