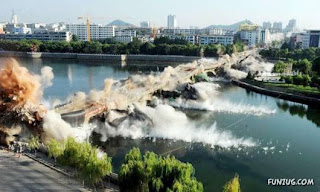 Demolition To Die For 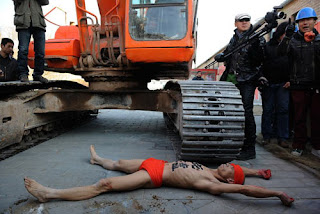 The Past is the Future is the Present 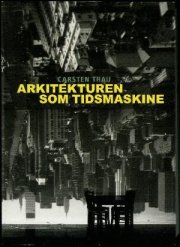 In his book Arkitekturen som Tidsmaskine (The Architecture as Time Machine 2010) Carsten Thau writes, amongst many other subjects, about myths and how they are past but somehow still "an underlying reality producing pattern" (p. 19) and how the distant past can seem present. Some indigenous people (e.g. Australian aborigines) practise wanderings through landscapes while singing, and they visit specific sites connected with myths. Their myths are thus not ordered chronologically, but time is spatialized through the geographical wanderings. What happens is that we somehow get layered, spatialized time, where the past, the present and the future exists concurrently and shape and is shaped by each other or possibly there is only one tense-less present (though not time-less!).

In Chinese there are no tenses, though it is possible to indicate time, either by using adverbs of time or by using particles indicating that an action has or will take place, but the important thing is that tense indication is only used, when the focus is on time (when or if something has or will happen). It is thus very common to omit these indications of tense. My argument is not that past and future doesn't exist in Chinese, but only that it in Chinese is possible to express oneself in tense-less terms. Classical Chinese very rarely has indicators of time. (I am possibly entering a mine field here...)

Why is this important? It relates directly to how we perceive of the present as well as perceptions of the past and the future, and that relates to construction of identity. 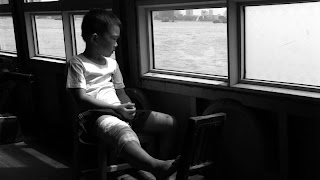 Still from Rivers and My Father

The documentary film Rivers and My Father (2011), a Chinese/Canadian production, deals with memory and time. In short the documentary is about a Canadian/Chinese guy who receives the memoirs of his father and decides to make a film of them and returns to China to visit his family. Three main characters are presented: the grand father, the father and the son, all when they are around the age of seven, so three times (past, present and future) at the same time (the age of seven). The three stories are woven together and melt together, time becomes one all embrasing unit impossible to divide into p, p and f. A returning scene demonstrates this very well: a young boy is left behind with relatives by his mother (voiceover) and we see him climb the stairs of the Yangtze River bench holding the hands of a women (they both have their backs to the camera). It is in black and white, there is a sign saying 1926, but commercial bill boards and modern scooters keep entering the picture and towards the end of the film, we are not only shown the scene, but also the making of the scene, with the directors voice talking to the young boy playing himself and a driver of a scooter addressing the film crew. The present interferes with the past and distorts it in a way, so that the father is not able to recognize his own stories and demand that corrections are made. The letter of correction is read out loud while we see the film once again, and so the past digs into the present.

As a person with Danish as mother tongue, and even though I speak Chinese, I have great trouble even imagining a tense-less sentence and thus great trouble discussing a film that is blurring the boundaries of time, without constantly referring to limitators of time (past, present and future). How do you discuss something tense-less without using tense?

Getting the Past Out Loud 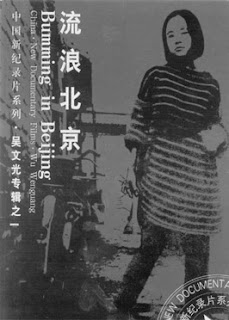 Poster from Bumming in Beijing (1990)

Wu Wenguang has initiated the Memory Project, which basically is concerned with telling stories of the past, both real and imagined. Young documentary filmmakers go back to their hometowns and interview and film their families. The films were screened at NYU. Read dGenerate article about the event and the project here.

Read "Dancing with Myself, Drifting with my Camera: The Emotional Vagabonds of China's New Documentary" by Berenice Reynaud about Wu Wenguang and Bumming in Beijing - The Last Dreamers (1990). Bumming in Beijing is considered one of the first art house documentaries in China. The documentary was heavily inspired by the style of cinema verité. The film can be screened for free at Wu Wenguang's China Independent Documentary Film Archive.

Previous blog entries on memory and cinema:
Money Makes Minced Meat of Memory
The Past is the Future is the Present
Change has Wiped Out my Memories